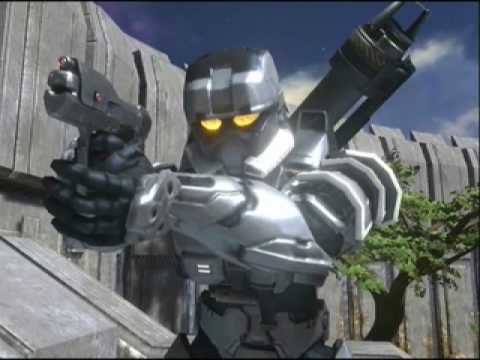 Introduction: GH Metallica builds on the same proven Guitar Hero formula. The game features many of the most popular Metallica songs including “Battery”, “One”, “Blood and Thunder,” “Enter Sandman”, “Master of Puppets”, “Fuel”, and “The Memory Remains”. In addition, songs from System of a Down (“Toxicity”), Alice in Chains (“No Excuses”), Lynyrd Skynyrd (“Tuesday’s Gone”), Slayer (“War Ensemble”) and a few select others. The band members of Metallica selected many of these additional songs because of personal preference.

The goal still remains the same, get as many points as you can through “star power” and note streaks. Always aim for the 5 star maximum score. Last night, I scored a 97% on expert guitar and only managed to receive a four star. Thus, achieving a five star is not without some added challenge.

“Guitar Hero: Metallica“ is based on the band approach presented in Guitar Hero World Tour. This means this game also features parts for lead and bass guitar, drums, and vocals. “Lead
developer Alan Flores has stated that the difficulty of the game is much harder than previous games and is designed to challenge the hard-core player,” according to a source from WikiPedia.

Online game play is available for both the Xbox 360 versions and PS3. I have a chance to get on Xbox live last night and Guitar Hero Metallica online play works very well. I even managed to win a few rounds. Although, I discovered many individuals were playing on easy or medium and achieving a higher score through note steaks. I say, go expert or go home!

An interesting development about the Double Kick Pedal from WikiPedia: “During the game’s development, the team encountered problems trying to
create the drum tracks. Flores noted they normally try to map a note for every drum beat but could not easily replicate it for the double bass often used in Metallica’s songs. As a result, they decided to create a splitter for the bass drum pedal and offer a second pedal with the game to allow the double bass kicks to be retained.”

Fun Factor: 8.5 out of 10 I found myself really enjoying Guitar Hero Metallica. The Metallica song list is rather extensive and the additional songs are some of my personal favorites. If you are a fan of Guitar Hero then this addition will provide you with hours of enjoyment. Although, you will have to enjoy Metallica’s music. I will say that this game rates higher (for me) in fun than Guitar Hero Aerosmith.

Graphics: I play on an Xbox 360 with an HDMI cord going to a 40 inch LG 1080p TV. The graphics look great and unlike Guitar Hero Aerosmith, the background band graphics actually resemble the real band. I was really impressed with the facial detail and general movement of each band member. You can tell that Neversoft spent time focusing on the details.

Tweet this from WikiPedia, “Kirk Hammett, Lars Ulrich, James Hetfield and Robert Trujillo performed six songs and band and audience chatter for motion capture for their in-game avatars; the detailed motion capture included the band’s lip syncing to the lyrics and the motion of Trujillo’s hair braids.”

Final Thoughts: I recommend this game to all fans of the GH series and Metallica. The game does a solid job of capturing the essence of Metallica and really provides a nice challenge. I have played every Guitar Hero game from beginning to end, and this ranks as my second favorite addition behind GH 2. So, go rent it and give it a shot.

You can find me on Xbox live: gaminsincebirth

The time is 9:30 p.m and I just had the opportunity to enjoy President Obama’s State of the Union Address. Personally, I felt the speech was on target, eloquent, powerful, and even incorporated humor. Obama’s speech was relevant to the current state of affairs and he covered every issue that is plaguing this great nation. He spoke on the state of the economy, the increasing deficit, heath care and education reform, terrorism/war, and even touched on social security, medicare, and that this new government will act responsibly and be held accountable.

Click here to view a 9 minute version of the full speech.

Obama mentioned http://www.recovery.gov/ This site will hold accountable all the money will be spent in the next four years. In fact, in regards to money, Obama’s stimulus package has already gone into effect. He talked about how his package has already given 7 million students the opportunity to attend college, tax cuts that will take affect on April 1st, and the checks are already on their way in regards to the stimulus package!

Clip from the www.recovery.gov page: “Recovery.gov is a website that lets you, the taxpayer, figure out where the money from the American Recovery and Reinvestment Act is going. There are going to be a few different ways to search for information. The money is being distributed by Federal agencies, and soon you’ll be able to see where it’s going — to which states, to which congressional districts, even to which Federal contractors. As soon as we are able to, we’ll display that information visually in maps, charts, and graphics.”

Video on the www.recovery.org page

I for one am grateful that Obama’s State of the Union Address gave me a sense of hope. Because before all, it is our job as Americans to work together and rise above the challenges we face. I believe that under Obama we can succeed, and it feels great to have a sense of hope finally.

*This post was recovered and re-posted after a server crash. The original date was February 24th, 2009.