Verizon’s upcoming phone Driod has been advertised to compete with Apple’s iPhone. Verizon’s teaser preview with a large media buy has stirred up some hype for the phone. If anything, it has raised some eye brows about some of the phone’s claims to have and exceed the Apple iPhone’s capabilities. Check out the ad below to see what I mean.

Now some have said this is not an  attack on the iPhone. The ad seems obvious to me as the “idont” comment throughout the ad is targeted to the i in “iPhone”. Verizon’s  Web site for the Driod phone does not have much detail and adds little to the hype generated by the advertisement.

The iPhone Blog recently wrote about “Verizon Attack Ads — Claim iPhone iDoesn’t do What Android 2.0 Droid Does.” In the blog Rene Richie counters each point that the Driod ad raises.

For example, “iDon’t run simultaneous apps: Again, it does. The iPhone can run iPod, Email, Phone, Messages, App Store/iTunes downloads, Quicktime streams, and other functions in the background with full multitasking. Apple restricts two or more 3rd party apps from running at the same time, but that’s obviously too subtle a difference for Verizon.”

From Daring Fireball, “Droid” is going to be a Verizon-owned brand. It’s purportedly a Motorola-manufactured phone, but Verizon is the licensee of the “Droid” trademark. (Which name, by the way, strikes me as the perfect name for an Android OS phone — sort of implicitly establishes it as the Android phone.) That’s the big thing. Verizon doesn’t see itself as a mere carrier for other companies’ phones. It sees itself as being bigger than the phones. It’s Verizon-vs.-Apple in this spot, not Verizon-vs.-AT&T.

So that is some of the hype going on between Verizon’s Droid and the Apple iPhone. Personally, I think the hype is all hot air. My bet is the phone will launch and ultimately fall short of the advertised claims. The iPhone with all it’s applications is just to hard to beat!

Inspired Mag brings another list to the masses. This one is 20 Essential Infographics and Data Visualization Blogs.

It is almost Halloween and it is a tradition for many to carve a pumpkin. I know my girlfriend and I have made plans to carve two this weekend. In that spirit, I found this article on some seriously legit pumpkin carvings and some that are just plain stupid. The story comes from The Chicago Tribune. If you are interested in seeing all 25, please click here to view full article. I have posted just a few of my favorites.

Penn Olson recently released this article about 20 Hilarious Twitter Comic Strips. The hilarious part is debatable but some of them are pretty funny and creative. I especially liked the Twitter Shitter…posted below.Enjoy the look.

Walt Mossberg wrote this article on the Blackberry Storm 2 that I found interesting. I happen to have a Blackberry Storm which I really like. It was not always my favorite device. In fact, I spent the first month  just frustrated with the OS that came with the phone. Blackberry Storm 1 from RIM came with a rushed OS. The Storm would freeze and lock up, not answer calls among a host of other issues.

I spent a lot of time on crackberry.com downloading new OS updates and themes. Over time, the phone has gotten better. Now, the nice big touch screen is great because it actually works well! I have all the apps I need and the battery life is actually pretty good.

But, I’m excited about the Blackberry storm 2! Although I doubt I’ll upgrade, the new one looks to close the gap a little more with the iPhone. With the ability to have Wifi, this means much faster Internet at Starbucks or what have you. Although the Verizon 3G network is good, it cannot compete with a solid Wifi signal running high speed Internet. The phone will also feature more memory and an improved touchscreen.

I thought the touch screen for the Blackberry Storm was decent. I’m courious how RIM improved the Blackberry Storm 2. Hopefully they did away with the click because after a lot of use it begins to stick, very frustrating. According to the article, “The Storm2 fixes all those flaws. The screen now stays still when tapped, providing tactile feedback electronically instead of mechanically. This allows for faster, smoother typing.”

For more information and the link to the original article, click here. Verizon hasn’t set a launch date or price for the Storm2, but it’s likely to appear in November at around $200.

Mashable brings us this article about the Top 10 Most Watched Web Series in fall, 2009. Give it a look, especially because it contains one of my favorites, Red vs. Blue! 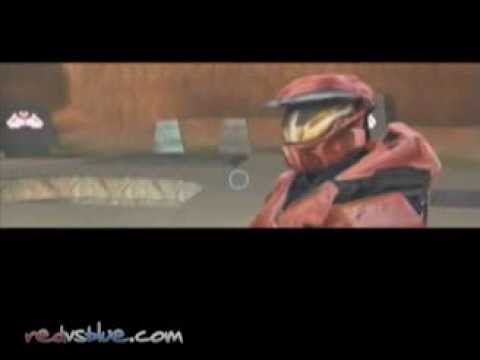 Douglas MacMillan over at Business Week brings us this article on Google’s 20 Hottest Tools. A cool list of many of the awesome things Google has been working on over the years. I have convered many of them, including Google Wave, Google SikiWiki and Google Patents. But this list contains some that I bet you may have not heard of including Google Heath, Google SketchUp, Google Mars, and Google News Timeline. Give the article, Google’s 20 Hottest Tools, a look over and learn more about all the awesome things Google  adds to our lives.

Ever find yourself needing information on a patent held by the U.S. Patent & Trademark Office?  I have and can’t begin to tell you how confusing and frustrating the online U.S Patent Office’s Web can be. Google to the rescue.  Google’s own Patent Search, launched in 2006, uses the full-text search capabilities it developed for Google Book Search to deliver more relevant results. Give Google Patents a try before http://www.uspto.gov/.

Maxim.com dropped this story, 25 Awesome Things Made Out of Beer Cans, on Monday. “Have you ever wondered what happens to all those beer cans after you finish them off? Behold the awesomeness of 25 things fashioned from empty beer cans!” I have included just a few of my favorite ones, but click here to view all 25. Some of them took some time! But, one had to drink along the way to get all those empty cans so it was surley time well spent.

Do you like dogs? What about really big dogs!? This past weekend at Octoberfest in Germantown, TN, I saw a Great Dane that I swear looked like a small horse. But, that dog don’t have anything on this one! From YahooNews, “The dog measures seven feet from nose to tail, stands 36 inches tall at the shoulders, measures 7 feet from nose to tail, and weighs 180 pounds. Weber will send his measurements to Guinness World Records for consideration as the tallest living dog. The previous record holder was a Great Dane that died this summer. He measured just over 42 inches at the shoulders.”

I found the story on YahooNews, if you would like to see the original story, click here.