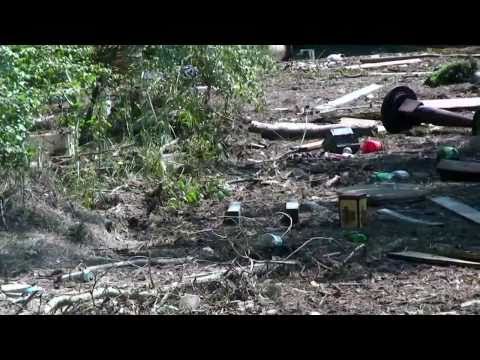 Great video about what the national media  did not report. I live less than two mintues from neighborhoods that are still cleaning up. I hope this in any way can get us more assistance.

Before I start, who knows what may come out. Blogging is writing on digital paper, with an eraser and spell check too. (thank god for that!)

Those who read my posts and comment- thank you, getting to know some of you has been great. So- if you are interested in buying Ford stock, or a Mustang, or maybe even just a little curioius about the current market and how Ford might react, this could help. You be the judge.

I would bet if you watch TV you would have seen the commercials about the automotive company Ford switching cars with random customers. They have been running this for some time now. I believe they called this advertising campaign (take) “The Ford Challenge.” In my experience, I never had a good chance to develop a first hand opinion of a Ford car.

I suppose, before saying anymore, one word that would sum up my thoughts on Ford is respect. Not only do we owe the Ford Model T changing who can afford to drive a vehicle, but Ford in recent years turned down (by seeking private funding) of the governments public takeover of their debt. In fact, G.M and Chrysler have not yet repaid their loans and are still under governmental supervision. —- (G.M is close and is near an IPO offering AND with all that exposure in China, I could see a huge new middle class their make that an attractive long play with G.M-maybe. Ford does not have the exposure but that could always change.)

Ford on the other hand has not performed better in decades. Ford stock is up 40% since 2009 lows and I believe their is still room for growth after this market stops moving sideways. Although, some would not recommend auto companies as long-term investments. This is somewhat because it is very hard to produce (and market) a car with a competitive enough of an advantage to make people take on credit to afford it. And also way too much of a changing business environment (demands of consumer, re-tooling factories, etc).

Now my daily driver car is a 97 Honda Accord sedan. I love this car. The Accord’s cockpit is open, body is nimble and light and it’s above average on gas mileage, a good mix between power and fuel economy.

The commercial tag line”you know someone who loves a Honda” is true, for me. This car is 13 years old, has 99,791 miles on it and runs better than ever. You could say I baby it. Full syn oil, detailed washes ever few weeks, driving it with intelligence, etc. This Accord is a 4 cylinder, 2.2 liter engine, plenty of power for me. And it gets 30 mpg on the freeway, another 26 in town. So I am not complaining. Over the years, custom suspension, high performance tires (3 sets), intake, exhaust, engine tune and a bumping 1,000 watt 4 channel amp for door/rear custom speakers with two 12’s on 1,600 watts. Took me many years to afford all this but hey it was worth it.

But, back to the the Ford talk. I would like to shift gears  and talk about the Mustang V8. As I wanted to share my thoughts about the Mustang in this post. I drove the 2007 Mustang GT Premium, black, with custom exhaust.

I guess I have never driven a real V8 car before. Yes, I have ridden in many, and had the opportunity to drive a few SUV’s with these big engines, but never a Ford Mustang GT with the 4.6 300 hp 320 lb-ft torque V8.

When it comes to cars, I am all about tuning small engines, forced induction and light weight bodies, three things the Mustang is not. For example, if I put, some how, this massive engine in my Honda, it would never be able to get traction in the first few gears. However, driving the Mustang GT,  if I turn TCS (traction control system) off, I can barley get this heavy thing lose. It perplexes me that they would design a sports car with such excess weight. But I suppose that is the true muscle car heritage, heavy frames to handle the big engines. Nevertheless, if it were possible to strip about 400 pounds off the frame it would scream with the stock engine and a few minor modifications.

Now the engine is the best part of the Mustang GT, probably the best part of any Mustang. The engine just has this sound, that Mustang pitch of three valves per cylinder combined with all those cubic inches. Fuck, it just oozes sex, and power.

First time my good friend Jason sat in it, first words out of his mouth, man this thing sounds mean! One should experience the sound sometime. Also, this particular Mustang has the Ford Racing pipes installed, so it’s a more intense version of whats already golden.

Unfortunetly, the 2007 Mustang is quite non-ecofriendly, which lets face it, leads to this being an expensive toy. Not a car that is meant to be a daily driver to work. But the new Mustangs are looking real good on performance, looks and fuel costs.

Check their new ad out. 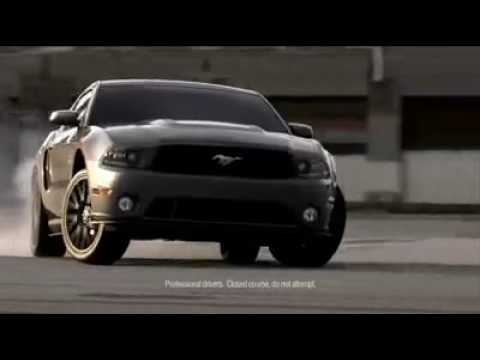 So to wrap up this post and my thoughts. I like the Ford Mustang, alot. My roommate has been driving the 2009 Mustang convertible for some time and we love it. I am even considering buying one next year. And if I were you and had some risk capital, I might consider buying some Ford stock. It could even drop below 11 dollars again in this market.

Hope some of this in some way helped someone. Please, let me know if it did by commenting. Thank you.

This blog post is not an offer, or solicitation of an offer, to buy or sell any security or other product. Information contained in this communication is not an official confirmation of any transaction or an official statement from Adam Faragalli. Adam Faragalli receives no compensation for this blog and has not affiliated with any authors, publications or companies cited above. Adam urges everyone to understand the risks involved with investing and can not be held responsible for any losses accrued from investment advice cited.