Over the past many years I have written thoughts about so many topics. This blog started as a college blog for social media and digital marketing and then added some of the web’s best financial articles and information.

Recently, making my Tennessee based internet marketing business Titan Web Marketing Solutions thrive has been top priority. I’m proud to say that we are now working with some powerful businesses and have tackled some real challenges in web design, search engine optimization,  graphic design and social media.

This blog is about some of the critical areas of knowledge I have learned in developing a businesses local web presence.

Please note* “NY Pie” in Nashville, TN was used for specific examples because the owners Greg and Jessica are wonderful people and were great to work with last year.

The following is a step by step guide to exactly what any business owner needs to do to start their web presence.

END_OF_DOCUMENT_TOKEN_TO_BE_REPLACED

They say a picture is worth a thousand words. Well, this picture draws the most popular social networks like Facebook, Digg, Twitter, YouTube and MySpace as people. I think this artist pretty much nailed it. I searched for the artist but had no luck. If you know the artist, please let me know.

From Read Write Web, “In the immediate aftermath of a 7.0 earthquake that caused an unbelievable amount of destruction to Haiti’s capital, Google has been asked by relief organizations and users to show images of what’s actually happening on the ground.

END_OF_DOCUMENT_TOKEN_TO_BE_REPLACED 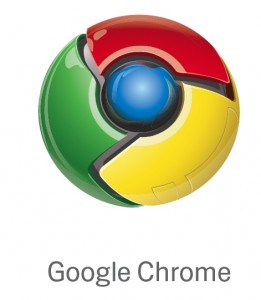 END_OF_DOCUMENT_TOKEN_TO_BE_REPLACED

At TEDIndia, Pranav Mistry demos several tools that help the physical world interact with the world of data — including a deep look at his SixthSense device and a new, paradigm-shifting paper “laptop.” In an onstage Q&A, Mistry says he’ll open-source the software behind SixthSense, to open its possibilities to all. 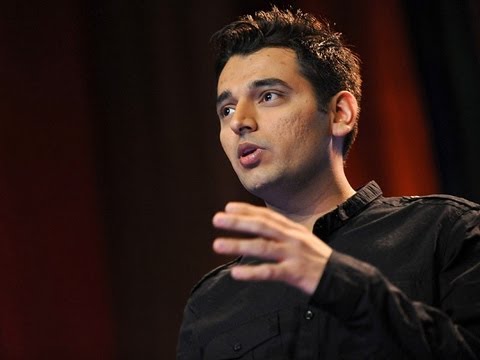 Enjoy, this in incredible. I know I will be recommending sponsor IBM’s stock and any other company that decides to move forward with this technology.

This comes from a personal friend who lives very close to me! Actually just a few neighbor hoods down. I posted about this on Friday as soon as I heard the story from a co-worker. He sent me this picture, The Greatest Christmas Decoration Ever for sure, off his Blackberry. Hilarious.

Jon went on to say that this guy had people literally screaming off the road into his drive way, tire marks and all, to save this poor guy. To there surprise, he was not real! Though, for some reason, the police disagreed and asked him to take it down. He said that he did not see the harm in it. Priceless.

Straight from the Greatest Christmas Decoration Ever creator: “Good news is that I truly out did myself this year with my Christmas decorations. The bad news is that I had to take him down after 2 days. I had more people come screaming up to my house than ever.Great stories. But two things made me take it down.

First, the cops advised me that it would cause traffic accidents as they almost wrecked when they drove by.

Second, a 55 year old lady grabbed the 75 pound ladder almost killed herself putting it against my house and didn’t realize it was fake until she climbed to the top (she was not happy). By the way, she was one of many people who attempted to do that. My yard couldn’t take it either. I have more than a few tire tracks where people literally drove up my yard.”

The old-lady probably could not hear the man NOT SAYING ANYTHING, lol! That’s horrible and too good. But only because she was not hurt! This one has to go down as one of the Greatest Christmas Decoration Ever.

Very cool collection here of typography wallpapers from LittleBoxofIdeas.com. Take a look at them here, Dress Your Screens With 53 Breathtaking Typography Wallpapers

“I love Typography wallpapers! Who doesn’t? Creatives especially have a thing for typography that is unlike anything you’ll see in designing.  As children we are taught letters, the very letters that become such objects of affection when we grow up, that it is sometimes quite amazing to see them affecting adults like that. Letters are powerful, they are beautiful and typography is not just an art, but a religion. For all you type fanatics out there, I give you a fantastic collection of breathtaking typography wallpapers. You will be spoilt for choice!” 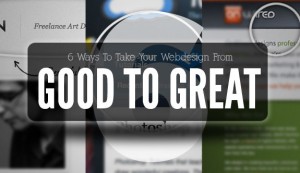 Andrew Houle over at MyInkBlog.com wrote this article on 6 Ways To Take Your Webdesign From Good To Great. Really good article worth checking out. I especially found his images and explanations very helpful and am planing to incorporate some of his ideas into my next WordPress theme. I do hope you find his article helpful.

Cameron Chapman wrote this article, The Future Of The Web: Where Will We Be In Five Years?. I thought it had some interesting points that I wanted to share with some of my readers. Although many are rather evident the article is still very good. Give it a read and shoot him a comment or two. I especially liked how he incorporated “further resources” into each point. That was a good idea.

I hope everyone had a great weekend. I spent my time in Bowling Green hanging out with one of the worlds best girls!

I was recently introduced to ShowDocument – an online application which enables real-time collaboration and web meetings using various tools. There are a lot of available programs already offering web conferencing solutions , so what’s different about this one?

First of all, using ShowDocument requires only registration, and is entirely web-based – except for a small plug-in you’ll be asked to install in your first session. This online service is currently free and supports different platforms, which can make it an attractive alternative for conducting web meetings.

The main site offers 4 ways to directly open a web meeting and start collaborating – shared documents, whiteboard, text editor or co-browser. These options can also be chosen later from within the application. Inside the program, you have the regular tools that help you write and draw in order to work on documents and images, along with a few unique features. There is a Youtube co-browser, and a Google Maps browser, which simply enables co-browsing google maps (see image), and drawing on them. – apparently it also has a facebook application. The webpages co-browser still needs improvement but has great potential.

ShowDocument has a number of easy and interactive ways to collaborate with co-workers & friends, as seen in the above picture. As you can see, most of ShowDocument’s options are rather self-explanatory, making usage easy, as well as inviting others into the web conference – which can be done by code or link. Its an alternative worth checking out, if you need a light and free application for online collaboration.

Article submitted and written by Andy Stewart. If you are interested in writing about a topic, please use the contact form.