Today I decided to write about the 2010 United States Census. I was inspired by an article in the Wall Street Journal called, “Republicans Fear Undercounting in Census.” I have more personal experience with the census than most Americans because this year I have applied to be a supervisor for the Davidson (Nashville metropolitan) county zone. I thought many of you who read my posts might be interesting in learning a little information from the inside. Here is the 411 on the census, questions and answers.

END_OF_DOCUMENT_TOKEN_TO_BE_REPLACED

I made a comment on my Twitter page about my ability to write a book called “Landing Your Dream Career in a Recessive Economy.” I thought I might elaborate on this with short summaries on twelve methods that have worked well for me. You could say this would be the outline of my book’s content.

This goes out for all you soon to be graduates or the many out there trying their best to succeed. If you follow these tips with absolute dedication to a singular goal of landing your dream career, you can only succeed given a long enough time table. I wish you the best of luck. This is all about getting that dream job. Personally, I have been at it for six months. I continue to bust my tail, knock on doors, call/interview with anyone who will give me the time of day,  network and above all I refuse to give up. Good luck to you. I honestly hope these steps help- even for just one person, that would mean the world to me.

END_OF_DOCUMENT_TOKEN_TO_BE_REPLACED

I’m not one to divulge personal thoughts onto digital paper. I never have been one to keep an totally open dialogue with the world. Although, over the years, with the advent of social networking and the merging of technology with friends and loved ones, much of many of our personal lives, mine included, are becoming more and more public. With mixed feelings on that subject, essentially being social networking and privacy, I write this.

END_OF_DOCUMENT_TOKEN_TO_BE_REPLACED

I was in Walgreens last night waiting for traffic to die down when I opened the current issue of GQ magazine. I found an article in it called, Warning: Your Cell Phone May Be Hazardous to Your Health.

I was disturbed by the science behind the article. I think this is a must read for many of us who are attached to our cell phones, have WiFi networks in home and/or live near high power lines. Time will tell, and probably in the upcoming few years if radio frequencies can in deed harm human DNA. Or, at the least, cause DNA to mutate, causing potential cancer and other health risks.

END_OF_DOCUMENT_TOKEN_TO_BE_REPLACED

Happy holidays and Merry Christmas to all. Too my family and friends, your the best. To my girlfriend, love you. To my Titan’s, you better WIN this game tonight! To my boss, thank you for believing in me.

This comes from a personal friend who lives very close to me! Actually just a few neighbor hoods down. I posted about this on Friday as soon as I heard the story from a co-worker. He sent me this picture, The Greatest Christmas Decoration Ever for sure, off his Blackberry. Hilarious.

Jon went on to say that this guy had people literally screaming off the road into his drive way, tire marks and all, to save this poor guy. To there surprise, he was not real! Though, for some reason, the police disagreed and asked him to take it down. He said that he did not see the harm in it. Priceless.

Straight from the Greatest Christmas Decoration Ever creator: “Good news is that I truly out did myself this year with my Christmas decorations. The bad news is that I had to take him down after 2 days. I had more people come screaming up to my house than ever.Great stories. But two things made me take it down.

First, the cops advised me that it would cause traffic accidents as they almost wrecked when they drove by.

Second, a 55 year old lady grabbed the 75 pound ladder almost killed herself putting it against my house and didn’t realize it was fake until she climbed to the top (she was not happy). By the way, she was one of many people who attempted to do that. My yard couldn’t take it either. I have more than a few tire tracks where people literally drove up my yard.”

The old-lady probably could not hear the man NOT SAYING ANYTHING, lol! That’s horrible and too good. But only because she was not hurt! This one has to go down as one of the Greatest Christmas Decoration Ever.

My girlfriend and I had some fun this year in our Halloween Gangster costumes. I have posted some of the pictures below.  Enjoy and hope you had an awesome time doing whatever you did.

Brill Street’s Top 50 Generation Y Employers in Chicago represents companies from all industries, sizes, and backgrounds that are incredible places to work. Some you may have heard lots about, others will surprise you in a good way – and many of them are hiring. I happen to be a Gen-Y and would not mind working at any of these compaines.

All cell phone numbers are being released to telemarketing companies and you will start to receive sales calls.

…. YOU WILL BE CHARGED FOR THESE CALLS

To prevent this, call the following number from your cell phone:    888-382-1222.
It is the National DO NOT CALL list. It will only take a minute of your time.. It blocks your number for five (5) years. You must call from the cell phone number you want to have blocked. You cannot call from a different phone number.

Best and hope this helps you avoid some marketing calls on your cell phone!

Over the past week since President Obama was announced as the Nobel Peace Price we all have heard more controversy than was probably warranted. Facebook and Twitter lit up like a Christmas tree with comments, many negative. So much has been said that I believe the reasoning for behind why the committee chose him for the price was overlooked. It was a clear message that Shashi Tharoor nails in the Stephen Colbert directed interview, link below. Even with the usual Stephen Colbert commentary, Shashi Tharoor’s message is something we all need to hear.

Shashi Tharoor, India’s Minister of State for External Affairs, talks about the Nobel Peace Price award and what it means. Shashi Tharoor comes on at 6:15 in the below video. I think it is worth a watch because he really says what we all need to hear from an outside perspective. Remember, America’s worldwide image has helped been revived, regardless of the turbulent state of affairs in America. If anything, this award says the world appreciates Obama’s attitude and stance on worldwide diplomacy. I agree the Nobel Peace Price Award was given early. But again, Shashi Tharoor responded to this by saying the award was most likely given to help encourage Obama to continue to make good on his initial worldwide dialogue. For instance, his speech in Cairo. (video included below)

In any case I found the interview enlightening and I hope you might too. It was a fresh perspective from Shashi Tharoor. 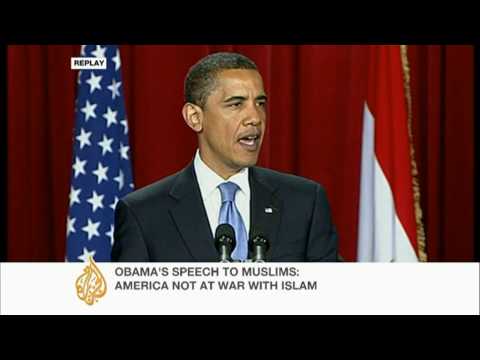