I am happy to introduce a guest writer Angela Brown from London, an alumni of Oxford. Need more proof that this site attracts visits from all over the world?

Angela contacted me to write an article about financial matters. I though a bit about what may interest my readers. I suggested an article focused around the new Chevy Volt and Nissan Leaf and ultimately how these innovations will change the automobile industry, the financial markets and any other thoughts. Here is what she came back with with some  thoughts of mine interjected. May you too find it interesting. In any case, I’m very excited about these electric/hybrid cars and the changes  they may bring. (changes desperately needed)

How Electric Cars May Change the Landscape of the Automobile Industry.

The introduction of the new electric and plug-in cars is definitely going to have a great impact on the whole of the automobile industry, the associated economy and the stock market. For example, Chevrolet’s Volt and Nissan’s Leaf electric car are the most discussed about cars. The city governments too are bringing in the battery chargers and Obama too has promoted the technology.

Impact of the electric cars

Electric cars can save you money on gasoline. But can they save you money in the big picture? Today’s electric cars are more subsidized and so buyers may be able to get enough tax breaks. For example, the Nissan Leaf – a four-door hatchback car has the base price of around $32,780. However, it is eligible for $7,500 federal tax credit. The Chevy Volt, coming in just over $40,000 also qualifies for this discount. This makes the car cheaper than other vehicles. It is also cheaper than any other electric vehicles in the market. But lets be realistic, $40,000 buys you a nice luxury car from Lexus, Infinity or BMW too. In any case, it is nice to know you may be able to save thousands of dollars from the federal government if you buy an electric car. 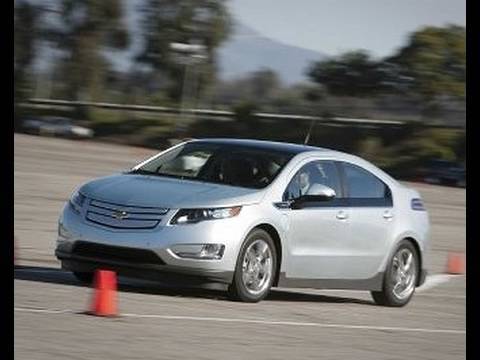 According to Mark Duvall, the director of electric transportation for the Electric Power Research Institute (EPRI), the price of gas is $4 a gallon but a plug-in hybrid car can save a person about $15,000 to $18,000 over his life, on the assumption that people drive 1,000 to 1,200 miles per month.

The oil prices have risen considerably in the last few years and the high oil prices trigger demand destruction. With the introduction of the electric car, more and more people should consider switching over to these cars. The main idea around these cars is simple- you will have to plug in your car to charge it instead of buying gasoline. But could this even affect the oil market negatively?

The stock prices in regards to the oil weighted companies like BP and Exxon may also suffer a downturn. From Adam Faragalli, “In contrast, I see oil companies as a solid long play. The fact of the matter is their going to benefit from oil price increases, and with an insatiable demand in the U.S, China, Brazil, Russia, U.K and now India, with no foreseeable large  (and high quality) oil supply entering into the market, oil prices have no where to go but up. Electric cars will be a side factor for the next decade as we transition to much more fuel efficient modes of transportation.”

In majority, most of the oil in the world is used for transportation purposes. But, financial experts are of the opinion that this will take enough time before the electric cars are totally able to replace the fuel based cars.  For example, according to William M. Colton, vice president of ExxonMobil for the corporate strategic planning, electric cars are still not ready to replace gasoline based cars. He said that “One word tells you the whole picture, and its starts with the letter B: batteries are not ready for prime time.”

Moreover, Organization of the Petroleum Exporting Countries or OPEC is aware that the higher oil prices can prompt the importing economies into recession and also boost the alternative energy products. So OPEC may make sure that the supply and the demand are matched at reasonable price. The oil price is infact a risk factor that can impact the behavior of the consumer immensely. From Adam Faragalli, “The price of oil is the leading factor for the desperate change needed for consumers to shift their buying habits. Lets face it, if gas remains so inexpensive there is just not enough of an economic point for consumers to move away from gas hungry machines. Even if this is so critical for so many other reasons! -see global warming.

Moreover, the usage of electric cars will also increase the usage of electricity. Electricity has to be produced from something. Currently coal is the predominant form of producing energy here in the states. Thus replacing one fossil fuel for another is not a solution to the coming energy crisis. Nuclear, wind, solar, natural gas (is a necessary evil at this point), fusion (pray this comes soon) and maybe geothermal and hydro power can solve the issue. The battery industry will also see some considerable change, as it will have to evolve in order to meet the needs for greater storage capacities at lower costs but with less space and low weight.

By Angela Brown and Adam Faragalli.

So the near  future looks to have some great products like the Nissan Leaf and Chevy Volt. But it all depends of if the consumer feels they can get a return on their investment. Plus electric cars are untested, and lets face it I would not want a battery operated car losing a charge after several years of use. Even though Chevy says the battery is good for 10 years of holding a charge.

I’m excited about the changes but concerned that they are just not happening fast enough. Consider this, imagine riding just ONE horse from point A to B. Now imagine having 300+ HORSES pull you from point A to B. Seems kind of stupid don’t it? Well why do we need to drive cars that weight over two tons and basically require that much horsepower? It is not really necessary to have all that power to drop the kids off to soccer practice and pick up your dry cleaning!

Angela Brown is a contributory writer associated with a US-based financial community and has written several articles for various financial websites. She holds her expertise in the financial industry and has made significant contribution through her various articles on debt free, debt consolidation, debt management etc.

***This blog post is not an offer, or solicitation of an offer, to buy or sell any security or other product. Information contained in this communication is not an official confirmation of any transaction or an official statement from Adam Faragalli. Adam Faragalli receives no compensation for this blog and has not affiliated with any authors, publications or companies cited above. Adam urges everyone to understand the risks involved with investing and can not be held responsible for any losses accrued from advice cited.